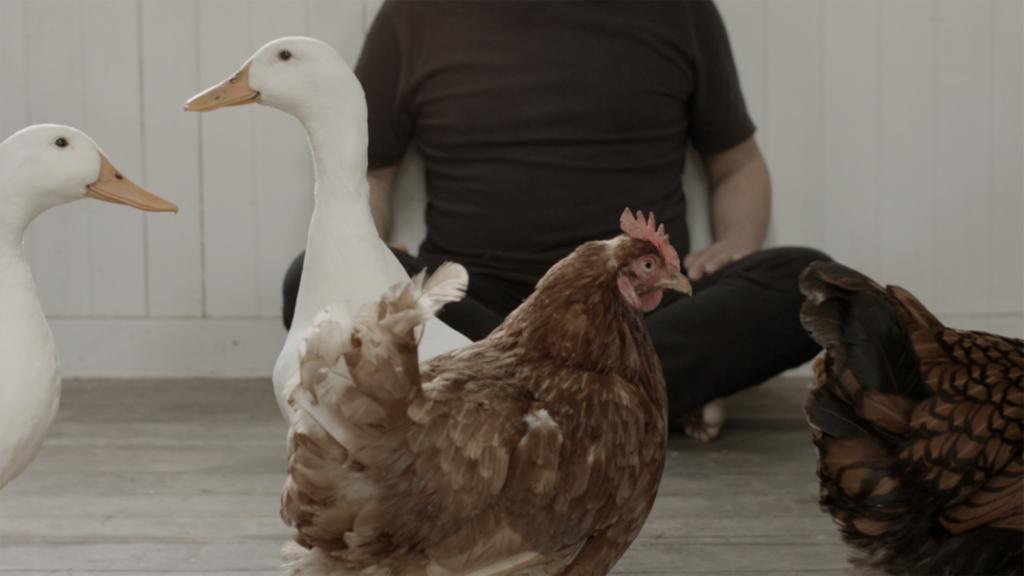 I presented today in the UOW Beyond the Human Symposium that examined the relationships between feminism and animal studies. I discussed Diana Thater’s new work on dung beetles, Science, Fiction (2014), and Shannon Te Ao’s fabulous Two Shoots (2014) installation. I’ve been trying to think through species relationships after reading Donna Haraway’s ‘When Species Meet’ and the ‘Companion Species Manifesto’ over the summer. The challenging of concepts based on biological and cultural and social difference remains at the core of feminism, and I was experimenting to see if an equal questioning of species boundaries would enable us to mourn the Anthropocene more effectively. I’m also thinking through what kinds of praxis or poetics enables contemporary art to be more than illustrative (of both politics and grief). Much more work to be done here. I’m going to give the topic another hearing at the Animaladies conference at Sydney University in July.

Stretching out: when species meet in contemporary art.

Today species are meeting at the moment of extinction. Donna Haraway coined the term ‘naturecultures’ to describe the moment when not just species meet, but when technologies infect and inflect the organic. A deeply feminist articulation of situated knowledges in science, Haraway’s work has shown how humans constantly construct tools and ways of knowing that entangle us within aesthetic, social and economic patterns. Critical to her work is the ways in which humans imagine their relationships with companion animals (a concept she extends to all animals with which we share our bodies and the world). But what does it mean when our companion animals, as much as ourselves, are threatened with extinction?

This paper extends the tendrils of feminist readings of science and species extinction into a history of art. It does this by placing in conversation Donna Haraway’s When Species Meet, Elizabeth Kolbert’s The Sixth Extinction and a selection of artworks by Diana Thater and Shannon Te Ao.

American artist Diana Thater uses video installation to construct and document socially-engineered environments that include animals. Thater’s The Best Animals Are the Flat Animals (1998) is a meditation on the relationships between the natural world as located in some elsewhere space of the animal and the all-seeing broadcast networks that mean that these spaces are neither pure nor innocent. The sense that insects are themselves machines that may survive any form of global catastrophe pervades Thater’s Knots & Surfaces (2001) where constantly forming hexagons fail to contain the six-dimensional excesses of a hive of worker bees. Thater’s most recent work Science Fiction (2015) documents the complex cosmologies of dung beetles, as they navigate their way using the milky way galaxy. It is an impossible scalar conjunction: dung beetles and the cosmos.

There is the risk of always understanding the animal in relation to us, the human. In the single screen video work Two shoots that stretch far out (2013-2014) New Zealand artist Shannon Te Ao highlights the potential and limitations of interspecies communication as he mournfully recites poetry to a shed full of disinterested animals. Te Ao may sense the urgency of the situation, and conveys a desperate need to connect, but these geese, donkeys and sheep seem to be only listening politely. Te Ao shows how the knotting together of the romance of the individual with an enclosed model of nature questions the usual scientific models of the ecological by revisiting love and loss within the histories of colonization. The significant other in each of these short soliquaries has other things on his or her mind.

Both Thater and Te Ao show how contemporary art can open up thresholds between species. These works are microcultures that present an alternative poetic, not always recognizably feminist, but always located at that moment when species meet. These are the meeting points at which companion animals (humans included) test what is no longer acceptable: the boundaries of survival.