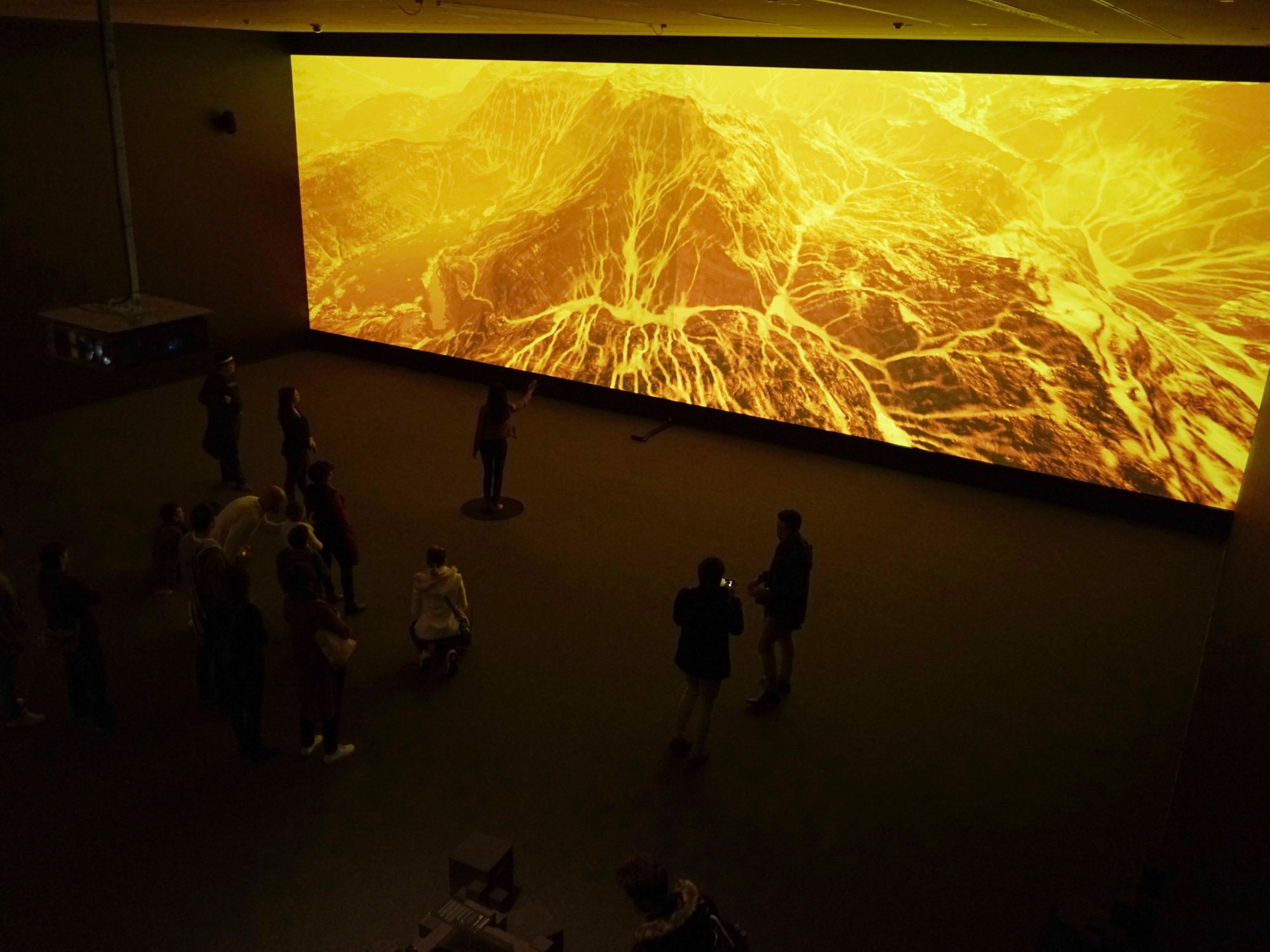 This week I published my first ‘geological’ essay in the revamped Art and Australia journal. I’ve been thinking for a while about the connections between Robert Smithson’s understanding of himself as a geological being, and the affective and mesmerizing experiences of being within Haines and Hinterding’s Geology. I wrote the essay in strata while thinking about the ways that geology has always been a contested site of human storytelling.

The essay is also part of my continued meditations on the experience (both at a distance and up close) of the Christchurch earthquakes in 2010-2011.

You can get a copy of it here:

Earthquakes are natural circuits of energy release, understood through ‘body energies’, where residual energy becomes an affective way of knowing a place.[i] The experience of an earthquake is often recollected through its sound. In describing the Calabria earthquake of 1638, Athanasius Kircher recalled: ‘a certain subterranean lowing, if you will, which we were reckoning to be the cracking of the earth and which seemed to conspire with the odor of sulfur … But soon enough came a subterranean racket and din, similar to chariots driven at top speed.’[ii] The earth ‘leapt up from below with so forceful a motion that I, no longer able to stand on my feet, was laid low, suddenly dashed down with face flat on the ground.’[iii] Movement—flattening—comes after sound, and the planet resets.

[ii] Athanasius Kircher, cited in John Glassie, ‘Athanasius, Underground’, The Public Domain Review, November 2012, publicdomainreview.org/2012/11/01/athanasius-underground; accessed 5 February 2018. See also, John Glassie, A Man of Misconceptions: The Life of an Eccentric in an Age of Change, Riverhead Books, Penguin, London and New York, 2012. A contemporaneous English version of selections from Kircher’s text is available at The Vulcano’s or, Burning and Fire-vomiting Mountains Famous in the World. With Their Remarkables. Collected for the Most Part out of Kircher’s Subterraneous World; and Expos’d to More General View in English, Upon the Relation of the Late Wonderful and Prodigious Eruptions of Ætna, John Allen, London, 1669; digitised and available via the Internet Archive from the collection of Ghent University at archive.org/details/vulcanosorburni00unkngoog; accessed 5 February 2018.