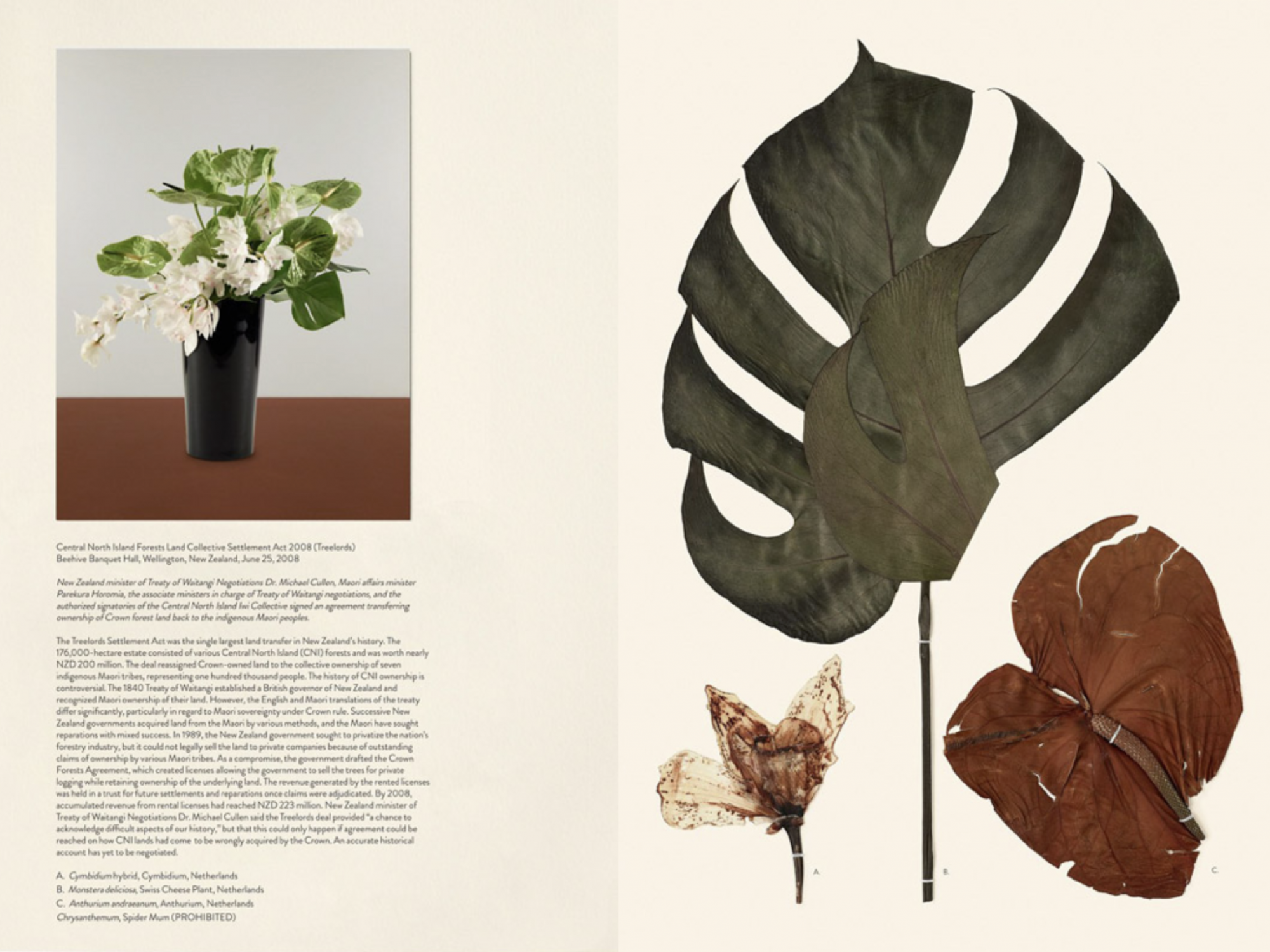 When in Auckland, I’ve been invited to give a guest lecture in the postgraduate programme at AUT University. This is a chance for me to test out the new collaborative work I have been doing across the fields of cultural and social geography, on an ‘art’ audience and see if it is working.

In the talk I discuss contemporary artworks that consider planetary relationships as relationships between plants and humans. These works suggest an aesthetic way of knowing that is not only responsive to change and transformation, but also propose a new form of planetary aesthetics that draws on living and bodily histories. This talk then, thinks about planetary aesthetics as a cultural way of being, both seen and unseen, inside the thick present of an ethical timescale (Haraway, 2016). I think about the scale at which humans interact with the world, how artworks catalyse new ethical relations with nonhuman entities, and how artists are key contributors of methodologies to change perceptions of subjectivity to include relationships with plants.

Following a slow maze of white rooms and black boxes in the midst of the Arsanale, I was confronted by American artist Taryn Simon’s Paperwork and the Will of Capital (2015). Here, plants of all kinds witness human action and political ceremonies. In Simon’s hands the plants become symbols of the artefacts and cultures of secrecy and communication. The photographs sat somewhere between natural history specimens and still-life paintings; an awkward relation that meant it was impossible to place them in either an art gallery or a natural history museum. They reminded me of the Dutch Eighteenth century ‘impossible bouquets’, where painted floral arrangements contained a fantasy of flowers that could never in reality be seen together because they bloomed in different seasons and geographic locations. Today such arrangements are at the entrance of every supermarket chain, usually positioned somewhere near the only checkout that sells cigarettes.

I wandered through the stacks of images as the distant relative of the Goethe Palm, the Chamaedorea elegans (Parlor Palm) witnesses agreements on non-aggression and good neighbourliness between Mozambique and South Africa in 1984, a comprehensive cooperation agreement between Cuba and Venezuela in 2000, and the signing of the Trans-Afghanistan pipeline agreement in 2010.[1] And then I find a witness to the “Central North Island Forests Land Collective Settlement Act 2008 (Treelords). Beehive Banquet Hall, Wellington, New Zealand, June 25, 2008.” It is a story from my own past; a moment when the contested spaces of land were acknowledged. Witnessing the signing are three plants sourced from the Netherlands, and a prohibited Chrysanthemum.