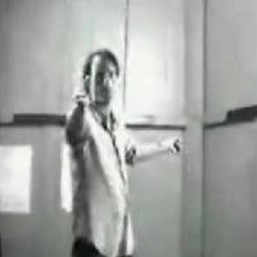 Really enjoying reading my copy of Erewhon Calling: Experimental Sound in New Zealand the other week. Its edited by Bruce Russell and Zoe Drayton, in association with Richard Francis – who has done a stunning design job. (Published by CMR and Audio Foundation, 2012). you can get a copy here:
http://audiofoundation.org.nz/erewhon1
or here:
http://cmr.net.nz/cmr28.html 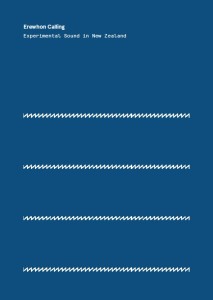 I was uncertain as to how to position a research-based piece inside a book which I suspected would be about and for a very small community. Bruce has done a great job editing together very diverse voices, some slip into the usual list of ‘i was there i saw that’, but others really do suggest that minor histories in peripheral locations are clearly the only way to understand the vagrancy of contemporary practice.

These are the first and last paragraphs of my essay:

Since the late nineteenth century there have been issues with the presentation and reception of sound and music in New Zealand public art galleries. During the first New Zealand and South Seas Exhibition in 1889-1890 there were numerous musical events designed to prove New Zealand’s position culturally and socially on the world stage. Audience members would spend the day traipsing around the enormous pavilions of the Exhibition pausing to engage in a performance before blundering out to the next event. This mobile audience knew something about the relationship between music and art. Art was silent, static and contained within the walls of the gallery, and music was not. Music was dynamic, and formed part of a public programme which a listener could choose to attend for a specified duration.
… 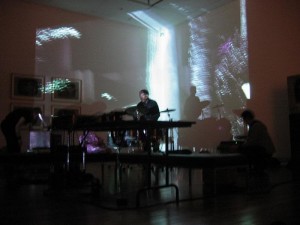 As yet there are as few visual incursions into the public programmes of public art galleries as there are sonic incursions into their permanent collections. What we are not yet seeing is the full integration of experimental sound practice into the dispersed and de-centralized sonic environment that is the gallery space. At its most basic live sound in galleries is an ambient feel-good addendum to a public programme. It enables a sense of inclusivity, and community, but one that does not necessarily have to be listened to by everyone. At its best, experimental sound in public gallery spaces enables moments like Bruce Russell’s prophetic earthquake music at the Physics Room in December 2010, or Alistair Galbraith’s wire music; both activate the gallery, and leave listeners with profound experiences of all night silence. 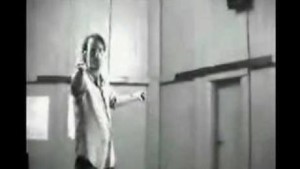 I was equally charmed by Alistair Galbraith’s frankness about his own financial situation – “Everybody knows you can’t earn a living as an ‘alternative’ musician in New Zealand” – as I was by Su Ballard’s thorough descriptions of the ways different public art galleries in New Zealand had attempted to present sound art – her praise of Tina Barton and Laura Preston’s work at the Adam Art Gallery was a significant highlight.

“Erewhon Calling has some particularly strong documentary with Alastair Galbraith, Mark Williams, Jo Burzynska and Su Ballard contributing well-observed, written pieces on their respective endeavours or involvements. These are well supported by an array of texts (drawings/ photos/ diagrams/ paintings) and less obvious writing, which, while they may take a little longer to surrender meaning will through the engagement provoked more clearly demonstrate intellectual paths, process and thinking.”