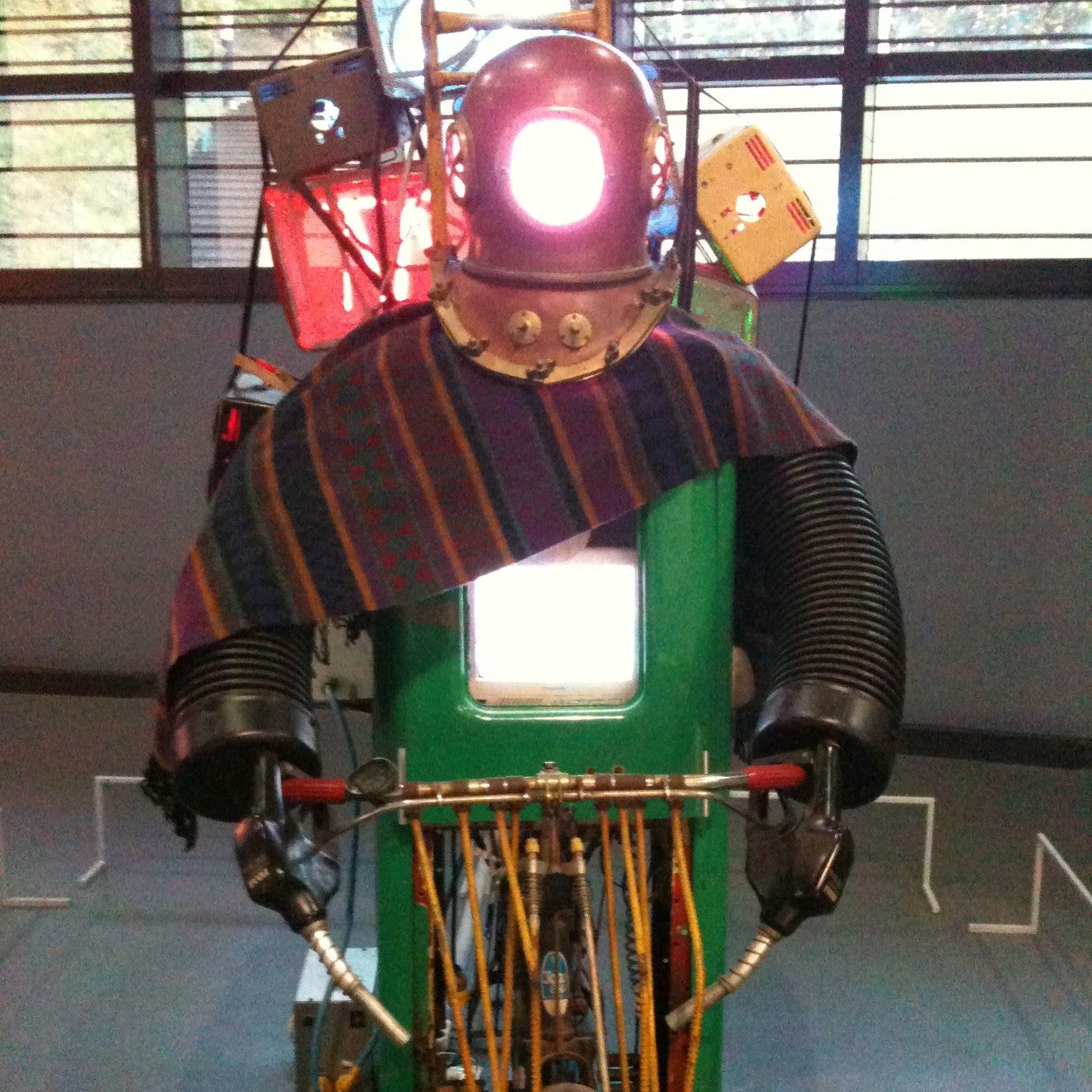 This is the abstract of the paper that I was invited to present as part of the International Symposium [Gift of NJP 5] Man-Machine Duet for Life at the Nam June Paik Art Centre in Gyeonggi-do (just out of Seoul) Korea. 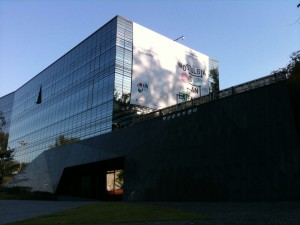 It was an amazing experience to engage with both a fabulous institution, and lovely people, as well as experience Seoul. The challenge was to find myself amongst self-declared Paik scholars and being very aware that I was no such thing. It was a special opportunity to unpack some of the work on Paik I had done previously and think through what it means to locate these ideas of machines and materiality historically. I’m very aware that I do not want to contribute to the hagiography of Paik, yet in visiting the Institute I learnt so much about the other artists whose works surrounded his, and gained a new way of thinking about his work, that it feels there is still a bit to be done.

The paper was based around an equation that was thinking about Fluxus and cybernetics and why there was such a gap between the two. The full paper will be published in the NJP Reader # 4 ( this is the link to #3 http://www.njpartcenter.kr/en/research/publications/show.asp?id=158&pos=2&page=1 I’ll add a link to #4 when it is out), and I’m reworking it into something longer, as I’ve changed my mind about the Fluxus connection and want to be more exact with my use of systems aesthetics and cybernetics, and the art machine…

In 1968 and 1969 two exhibitions across two major centres of art production introduced the science of cybernetics to art: Jasia Reichardt’s Cybernetic Serendipity at the ICA in London and Jack Burnham’s Software: Information Technology. Its New Meaning for Art at the Jewish Museum in New York. The exhibitions, like many at the time, were propositional. They suggested a future for relationships between art and cybernetics, and perhaps more importantly they prefigured an artworld that would become concerned with relations between human and non-human entities. Relationships of communication and control pointed towards a shared place for humans, objects, and machines and nearly 45 years later cybernetics remains a vital yet unassuming force in the way we think about contemporary art, and along the way other words have arisen, amidst them: systems aesthetics, media ecologies, and networked technologies.

One artist included in both Burnham’s and Reichardt’s exhibitions was Nam June Paik. Paik’s works bought together a commitment to indeterminism, a deep knowledge of information systems, and a playful attention to the materials of communication. This paper will discuss some of Paik’s work in the context of cybernetics by unpacking the equation of its title: flux plus cybernetics equals art machines. I will address the original impulse that brought cybernetics into conversation with art, focus on a selection of Paik’s art practices that engaged these ideas of communication and control in the machine (and subsequently the network), and end with some recent ‘art machines’ by artists from New Zealand that demonstrate the ongoing relevance of cybernetic thought to contemporary art.

In 1950 mathematician Norbert Wiener defined cybernetics as the science of communication and control between animals (humans) and machines, and machines and machines. His definition went further than this condensed summary allows. Wiener identified systems as organic and artificial, human and non-human. The machines that occupied these systems used “sensory members” to respond to and monitor feedback. Did this mean that humans were machines? The flux suggested between a human as a machine and a machine as a human presented fertile ground for imaginative couplings. In 1988 Paik wrote that Wiener “construct[ed] the technical interior of the electronic age”.

In the lead up to the Software exhibition Jack Burnham took this technical interior and identified it with new kinds of aesthetic practices, that he named ‘systems aesthetics’. For example, in Paik’s TV Buddha (1974) a seemingly closed and meditative cybernetic system is interlaced by a viewer captured in the process of observation. In this and other works Paik extended possibilities within which the relationship between human and machine became more than one of feedback; it became systemic and aesthetic. In his writings Paik identified the way that Wiener’s “sensory members” contributed to art machines that inhabited the forces of entropy and the realm of the more-than human.

Formed from a combination of aesthetic flux and cybernetics the more-than human art machine, suggests productive affinities that continue to be developed by artists questioning straightforward aesthetic relationships with objects. In an age where it is essential to temper aesthetics with ethics, and when visual data are quickly distributed via multitudes of networks, artists are again questioning the utopian dreams of the very materials we work with. As Paik said:

“the real issue implied in ‘Art and Technology’ is not to make another scientific toy, but how to humanize the technology and the electronic medium.”

The final section of this paper will show how the equation of flux plus cybernetics resonates in a number of contemporary art machines that simultaneously corrupt and celebrate the connectivity of the network.