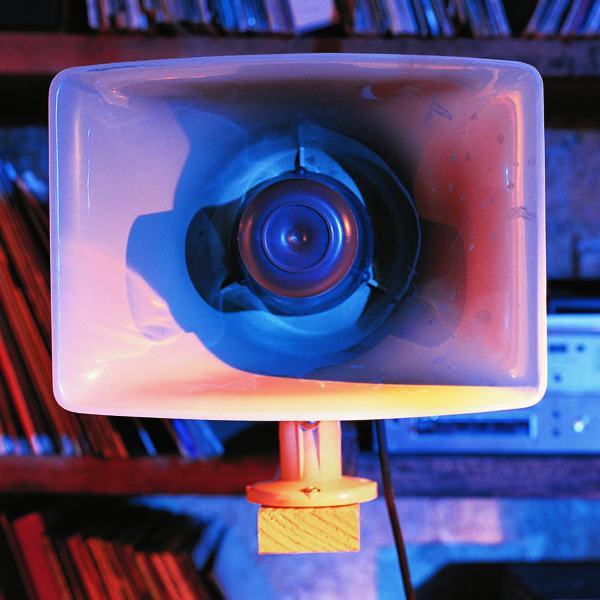 I presented a short version of a paper yesterday at the ISTR “Schizoanalytic Applications” workshop yesterday.

I was trying to test out a number of new ways of activating Deleuzian thought (in this instance the art machine), not as explanation, and not as illustration, but as legitimate application. A case of (art work) + (ways of thinking) = (new sensations) and maybe (a new kind of art gallery).

I’m writing it up as a book chapter based around Janet Cardiff and George Bures-Miller’s Opera for a Small Room (2005).

This is a small excerpt from somewhere around the start of the draft:

Towards the end of Anti-Oedipus Deleuze and Guattari despair of ever escaping the structural alliances of commodity capitalism. They ask again and again how we form the relationships possible for escape, and how the human might move beyond established institutions. (p.368) Art and science offer two possibilities but seem as tied to the machinations of capital as any thing else. Over a few paragraphs, and ignoring the art historical codes that tend to keep artists temporally and materially separate, Deleuze and Guattari’s discussion slips from Lorenzo Lotto to J.M.W. Turner to John Cage. This obscure grouping describes an ‘other’ art; a set of artworks that are formed from relations and experimentation, strange flows, materials and energies. Deleuze and Guattari find amidst these particular artworks a “force [that] fractured the codes, undid the signifiers, passed under the structures, set the flows in motion, and effected breaks at the limits of desire: a breakthrough.” The breakthrough is effected by the artwork as machine set in motion by affects flowing underneath “a signifier reduced to silence.” They present a different kind of artwork: “art as a process without goal.” Let’s call them art machines. Although Turner starts the machine in motion, it quickly becomes a Stygian river of harrowing filth and confusion – at one point propelled by both Artaud and Burroughs. It is art as process, as “schizorevolutionary,” as expression and content that is no longer representational. All too quickly it is over. After just two pages Deleuze and Guattari move on, entering a new schizoflow (of science) they abandon the art machine at the moment it attempts to break through the forces of modernity.

Perhaps in 1972 this was the right place to leave the art machine: bashing at the operations of modernity, opening slivers where experimentation can slip through. Today the art machine has re-emerged as different kind of machine; formed this time from a group of abstract operations including not only the artist and the art work, but viewers and the art gallery within which the work is housed. New flows, new assemblages, new experiments.

And from my description of the Cardiff and Bures-Miller installation:

The work is visually and sonically folded inside itself: a room within a room defined by sound rather than space. This installation that inhabits a strange borderless space of art solicits certain responses. The small room invites viewers to become part of an intimate audience, yet anyone who lingers is immersed within a sonic space where they find themselves sheltering under a railway line and threatened by loud storms. Iconographically and semantically it draws us into the story of a solitary individual and his record collection. Peering in through gaps in the unglazed windows, the audience witnesses a miniature space of occupation. More than 2000 records are stacked to the roof against the internal walls, there is a comfy chair, trinkets, suitcases, lights, a set of dusty chandeliers, a ratty carpet. Books are held open by stones, an uneaten meal rests alongside a shoe rigged up to a light made from an old tin can. The shadow of a ghostly individual moves between the stacks, there is the sound of shuffling and selection, before tunes are deployed by unseen robotic arms onto one of the eight record players spread across the shelves. The music that plays through twenty four antique loudspeakers is at times synched with what seem to be stage directions spoken intermittently through a large central megaphone. Mostly the music is snippets of familiar songs and arias by the ‘great’ tenors; occasionally though there is a vividly sharp pop tune. Some of the records are labelled “R. Dennehy” in neat black biro. There is a needle lifted by an invisible hand. A tenor booms. After a while an alt-styled rock and roll song emerges, part Nick Cave part Tom Waits: “She was walking down the road with her shoes in her hand … I didn’t know what to do, seems I’ll forget her.” The room transforms into a stage where multi-coloured theatrical lights illustrate the moody wailing of the desolate individual. This must be R. Dennehy himself, the clichéd man alone howling at the walls. His misery reaches a crescendo. The lights flicker and growl as a train passes by. “Music don’t change anything,” he says, “but it helps in some way. It’s an opera after all, everyone dies in the end.”